(+3 entries if you can identify who coined that phrase....but we'll get to that in a second).

Well, the Super Bowl has ended, and pitchers and catchers have yet to report to spring training, much less position players. We seem to have a sports lull to deal with...hmmm, what do we do? Would you like to play a game? You would?? Well then you have come to the right blog! I present to you.... 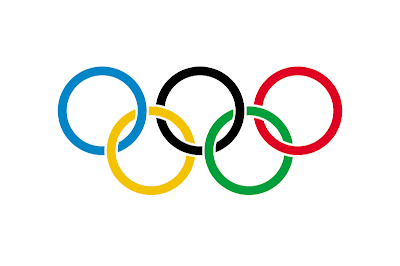 The 2010 Winter Olympic Baseball card giveaway! What better way to burn a couple of weeks that to pin your hopes on some olympic athletes that will increase your chances of winning a blog contest! Makes watching curling and cross-country skiing while pulling for the Cayman Islands a little more interesting now doesn't it?

Here are the rules of the contest.

I have gone to random.org and entered the names of all 87 competing countries and assigned a random number. If you would like to play, you will need to comment below with your pick of a number and I will assign you the country associated with that number.

Each day I will check the medals tally and update the site. For each Bronze medal your country has won, you will receive one entry for the random drawing. For a Silver you get two entries, and bring home the gold and you receive three entries! At the end of the competition, All entries will be entered in random.org and the top three names will receive prizes! One prize per person.

Now obviously, Norway is going to have way more medals than Jamaica, that's why the pick is random. And so is the final drawing, so even if you only have a few entries, you can still win the grand prize! Just ask the Portland Trailblazers about defying the odds...of course they drafted a lemon, but they still WON.

Now, here is the next deal. There are 87 teams, and my blog and followers is pretty small-scale compared to some other blogs out there, and we need to fill these teams up in a hurry. So if you advertise this contest on your blog, let me know in your comment and you will receive an additional five entries in the contest. Not only that, but anybody who signs up gets 3 entries just for entering, AND if you happen to know the answer to the question at the top of the blog, that's another three entries. So you have the possibility of starting out with 11 entries even if you do draft Congo.

Wanna know what you are playing for?

In true Olympic fashion, there will be three winners, Gold, Silver, and Bronze. While I am still formulating prize ideas, here is what I have in mind so far...

Gold Prize - My entire tin of 2007 Sweet Spot and its unrevealed contents (minus the Russell auto redemption cuz it may take 3 months to show up or may never come at all). I will throw in some extra special hits to fill it out though, plus the Ken Griffey Jr tin as well.

Silver - Relic pack with several relics. Also, name your favorite team or players and I will throw some of those in as well.

Bronze - Name your favorite team and players and I will hook you up!

These prizes are still in motion and will continue to expand...so at MINIMUM this is what you will win.

Alright then! Lets get these countries filled up. Keep track of the numbers already taken in the comments field. I will occasionally update what is available as we progress along.

Let's have some fun!

p.s. I will be adding the country names in the side bar. This in NOT the number order, so don't think you are beating the system :)
Posted by JD's Daddy at 8:09 AM