Before I start this post I just want to begin by saying that I feel really awkward.

I am a humble person by nature. I have learned a ton from all of you over the (almost) year of baseball card collecting. I owe the success of this blog to my readers and those I have done trades with. I truly appreciate your readership and allowing me an outlet to talk sports and to learn about card collecting.

Why awkward? Well, I would like to share something with you that I hope will not be taken in a boastful manner, it is certainly no intended to be so. Sure, we like to all share our great hobby box hits and killer trades and eBay finds, but it's all meant in fun and to pull for each other for the next great hit. Last summer I had an amazing experience and would like to share it with you.

This may be a re-hash for some of you, but for others...

Last July, Topps released the 2009 Allen and Ginter trading card series. In 2008, Ginter had a "crack the code" contest in which the winner, Jason Wong, got the honor of being featured in the next years set. I had read about this contest online, and thought about how cool it would be to get my son Jacoby on a baseball card. Once the product came out, I started to look around for some of the code cards and to give it a shot.

Nick Jacoby, another blogger, noticed that I had been discussing the code and decided to contact me on a Saturday about a partnership on solving the puzzle. We figured two heads were better than one and spent the next 48-72 hours in constant contact with each other. The teamwork was incredible, and if one of us got stuck, suddenly the other would figure out another piece of the puzzle. Long story short, we solved it late Monday afternoon and submitted our answer. After a couple weeks of prodding Topps, they eventually relented and sent Nick an email that he was the first and only person to submit the correct answer! To view the code solution, click here Of course, everything was unofficial..until now.

Last week the Topps volcano began to rumble and I was contacted by Nick saying that Topps had contacted him and the prize was on its way to him. It appears that there was a couple holdouts on signatures, and it took some time to gather them up. Well, Nick contacted me again today, and through rain, and sleet, and a helluva lot of snow, they got to him... 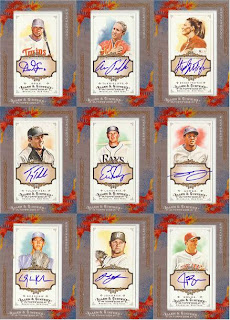 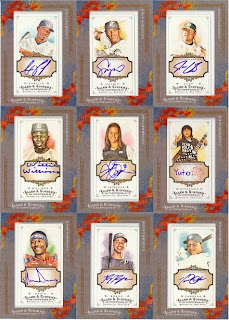 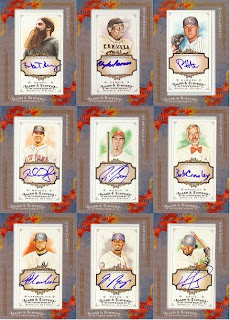 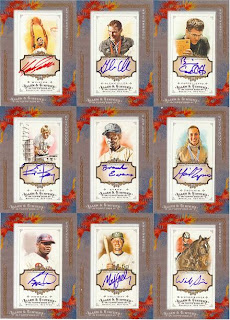 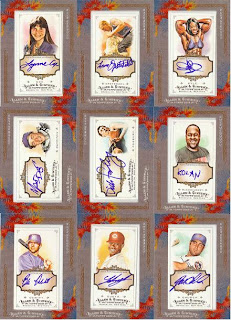 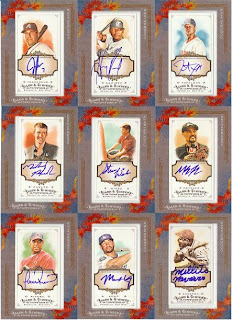 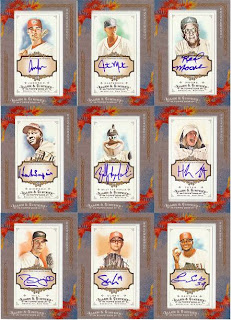 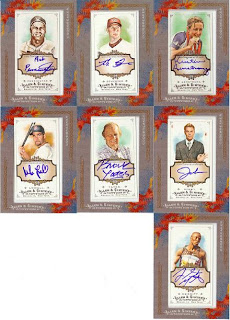 So what happens next?
Well, no doubt through intense negotiations, Nick and I are going to have to find a way to split these up. No easy task, but somehow I think we will find a way to get through it!
Secondly, I wanted to let everybody know that, according to Topps, I will be getting my wish of having little JD on a baseball card after all! I am crazy excited about this. They want both Nick and myself to send in some photos and they will meld them together Ginter Style and we will get to be featured in next years series! Unsure how this will all play out at this point, but I am amped!
Also, at this point in time, I have no idea which cards of will have in my possession much less what will become of them. I can't speak for Nick, but as for myself, for the time being I would like to hang on to these cards and just enjoy them, so they are not currently for trade. Not to say that won't change at some point down the road, but for now, away in Jacoby's treasure chest they go!
Thank you for sharing in my wacky tail! We now return you to your regularly scheduled blog.
Posted by JD's Daddy at 3:07 PM