Well, when the work week started I quickly realized that keeping up with every World Cup game pretty much meant that I was going to need to cut out some time somewhere, and that meant blogging time!

Rest assured, I have still been watching three matches a day for the last week. waking up at 4:30 and then in the shower at 5:15 and then back on the sofa for the second half of the early game. Then off to the office where there has been ABSOLUTELY NO interest in the World Cup, so it has been a pretty safe haven from learning scores in advance of coming home for my nightly double-header. Portland really is a Soccer city though and wandering around downtown at lunchtime can be a bit risky, as even Laundromats appear to have a game on their 19 inch television.

I have taken the time to go into the sidebar and update everybody's points up through yesterday (Friday). I will kick in the updated points for Group B today and should have group C up as well after the Ghana-Australia game.

While I won't dip in to details on each team, I have to say that at this point I would say Argentina, and Germany have been the most impressive, although Germany fell asleep at the wheel Friday morning.

One team that I am absolutely convinced is still a contender even though they lost their first match is Spain. In their first match they had a ton of great shots on goal as seem to be excellent at controlling their passing and keeping possession. Head to Vegas now and put yer money on Spain, says JD's Daddy.

The USA? Yeah, they certainly WAZ robbed, however, what the heck are they doing digging themselves such a deep whole to begin with? Now they have to most likely beat an apparently difficult Algeria to advance. Good for ratings I guess.

My darkhorse? Well, when I say darkhorse, I don't mean to win it all because the soccer gods will only allow for a super power to win it all...but I like Ghana, and I like Mexico to make some noise.

Next week gets interesting. Because the World Cup makes the entire group play at the same time to avoid sandbagging, I am forced to decide WHICH game to watch during each time slot. A choose-your-own-adventure of sorts. Though after Monday I should be armed with the knowledge of which game means the most and set the DVR. Hard to imagine that the round of 16 is only a week away. ENJOY!

Let's hear it for the boys!

While I have been wasting away in World Cup Land, it appears that the Rays and Yankees have fallen of a ledge and as of this morning, the left-for-dead Boston Red Sox are.....one game back! Not bad for written off by the media just over one month ago. Not only that but they nearly have the best record in baseball? It has now become apparent that their success has been a direct result of my lack of viewership. Apparently I am bad moogoo.

Well, back to the games, go Ghana!
Posted by JD's Daddy at 8:04 AM No comments: Links to this post

Another early start this morning, this time being a work day. So up at 4:30 and then in the shower by 5:15 and back in front of the TV by 5:30. The first 20 minutes each day are absolutely brutal and I always question why oh why am I doing this? After a shower and a cup of Kona though, the world seems to regulate a little bit and I am now at work and ready to go home this afternoon and continue where I left off after the first match.

This morning was all about... 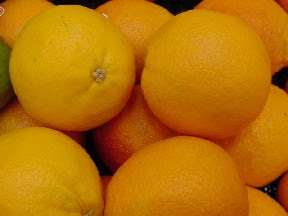 Otherwise known as the Netherlands. These people certainly do keep to tradition with their colors. You may remember them with their bright orange ski suits in Vancouver that make them look like a ball of fire shooting down the mountains. Before the morning highlights though, a few noteworthy...ummm...notes.

Zinedine Zidane spotted at yet another world cup venue! 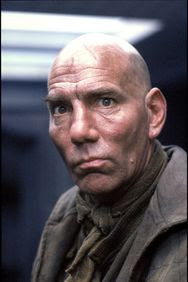 This marks (I believe) the third match and third city that I have seen Frenchman Zidane standing ominously in the shadows of the club level, looking along disapprovingly at the action on the field. It's starting to become like a game of Where's Waldo. All of these veteran players, Maradona, Beckham, and Zidane all stand around glaring and thinking " If you subbed me in now, I could tear up these kids". Proud bunch.
Speaking of France...
Apparently the vuvuzelas have begun to take their toll at the World Cup, and it appears that there is a movement in place to ban them some time soon. The president has conceded that he will ban them "if necessary" which most likely means unless there is vuvuzela violence, it ain't gunna happen. Really though, the only one's that I have heard complaining are A) the american media, and B) France. France has been essentially the only squad to off-handedly suggest that the vuvuzelas aided in a communication difficulty, thus causing the French to play like buffoons.

I will say that, surprisingly, the vuvuzelas have grown on me, and it would actually feel really weird NOT to hear them during the match. I say keep am and blow them with pride!

Or Dutch vs Danes or the other way around...it gets pretty confusing before sunrise. Anyways, this is way tricky to get you some decent photos without blowing the rest of today's matches currently being played. So I took a few seconds (literally) and produced a depiction of major story to this match... 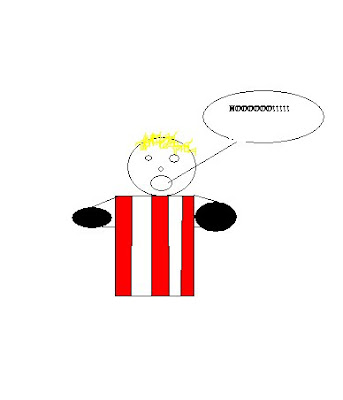 This is a sorry little Dane (didn't catch his name and can't look online) who, early in the second half accidentally got the ball rolling...the wrong direction, as he headed it into his own goal. Not that it was the decider though, as Netherlands showed some crafty and speedy moves near the net and scored another fancy goal and nearly a third that got by the goalie and was booted off-track by a Dane at the absolute last possible moment. While I don't put a ton of stock in Netherlands, that speed up front is pretty lethal and it could serve them well. A reasonably entertaining start to the day.

More later tonight. I have to go into World Cup hiding now!
Posted by JD's Daddy at 8:04 AM 3 comments: Links to this post

Well, first some good news. The World Cup stickers have been found in reasonably good quantities and I purchased a healthy number of packs to get my book rolling. The bad news is that they are pretty tedious to peel and place squarely on the pages. The good news is that it helps fill time at 5:00 when you are trying to keep your eyes open in a less-than-entertaining matchup. Apparently I should seek out a Shrek SP to fill out the Wayne Rooney slot.
Algeria vs Slovenia
Group C continued this morning. As I eluded to, this matchup crated a potential dangerous scenario for the US team (as well as England, for that matter). Thanks to a "power play" goal later in the game, Slovenia ran out of the Polokwane stadium as the leaders of Group C. The good news is that there is a clear 4th place team in the division, but both the US and England are now going to be required to step up their games if they are to advance.
However, by the looks of things, that should not be too difficult. Watching these two teams play was like watching myself play FIFA on PS3...pass,pass,pass....intercepted....pass,pass,pass...intercepted. Neither team really mounted a serious attack the entire game, and while I don't really feel that the red card for Algeria late in the game really created the scoring change for Slovenia's Robert Koren, it definitely changed the pacing of the final 20 minutes of the game and resulted in a 1-0 Slovenia win. 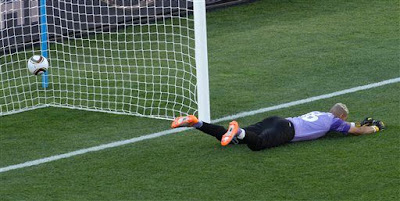 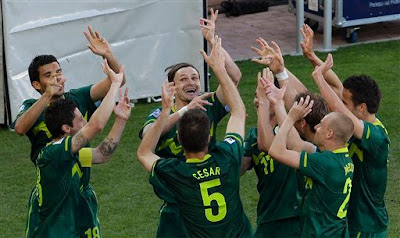 In a game full of tight bowl-cuts and cranky goalies, this game was mostly rubbish. I am clearly going to need to set the coffee pot on automatic if I am going to be starting my day with games like this.
Ooh, Ghana is taking the field! More later.
Ghana Vs Serbia


Much to say about this match, one that I believe is the best match of the tournament thus far. I sensed something special when they were showing the shots of the crowd that gathered for the match... 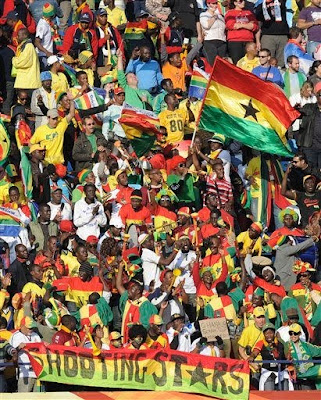 A scene like this is what I love about the World Cup. The best players are playing, the fans are partying, and are absolutely crazy-enthusiastic for their teams. The Ghana fans showed up in high spirits and were treated to an absolutely amazing match.
As I settled in to watch match #2 of the day with while sipping a cup of coffee, my wife woke up, came out into the living room, took a look at the game and declared the match... 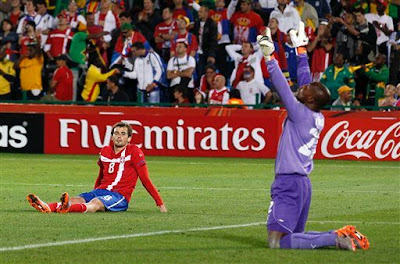 ...the giant grape
VS 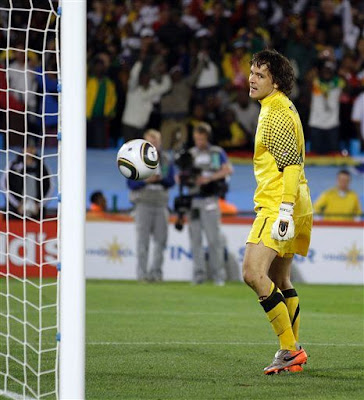 ...Abba Zabba.
"You just made the blog" I declared as I settled in for the next two hours.

As it turns out, Abba Zabba and the Giant Grape had their work cut out for them as both Serbia and Ghana were just relentless with scoring opportunities. Both teams extended the field, launched great crosses and fought tooth and nail to the finish. Even more interesting, after Serbia went a man down to a red card around the 70th minute, Serbia actually went on the ATTACK and had many, many scoring opportunities turned away by the brilliant Giant Grape. After a few chances of their own, Ghana was rewarded a penalty kick on a ridiculous hand ball in the box and took full advantage as the crowd went nuts. But it was not over yet and right up until the last seconds, and I mean the last seconds, Serbia kept pounding the Giant Grape, but Ghana held on for the huge upset and victory for the continent of Africa. Absolutely great game to watch. Congrats to Ghana! 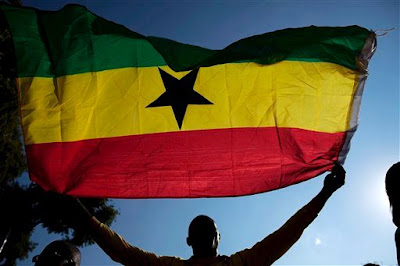 AKA "Cylons vs Socceroos" 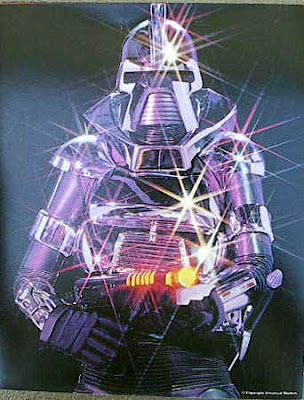 not much really to say about this match. This happens practically every World Cup. You are watching what you think are pretty decent football squads...and then Germany shows up and blows somebody out of the water. In this instance it was the Australians who took it in the keister 4-0. It's always interesting because there are still teams yet to come that are going to be playing at exactly the same level as Germany and it really puts things in perspective on World Cup powerhouses. It's cool though, I will still root for the underdog because it is fun, but the real contenders are just now starting to start their Cup.
The Good: Ghana!
The Bad: Australia!
The...opportunity? I am pretty sure that I don't have fingerprints left from peeling so many stickers, which could render potential evidence invisible in criminal activity....just saying.
Posted by JD's Daddy at 6:23 AM 1 comment: Links to this post