Coming up for air!

Well it has been a wild couple of weeks of early mornings, late evenings, and ducking every conceivable possibility of learning scores of games. There were moments of snoozing, boozing and coffee...ing. I have had a total blast and have been sucking in every moment of the tourney.

Unfortunately while I have dedicated so much time to soccer, my blogging has taken a slip, my collecting is at a standstill, trading has gone nowhere, and I honestly have no idea what has happened in baseball over the last two weeks. So it goes I guess. I am debating taking a slowdown in blogging. Quite frankly I think that the whole Topps taking away Jacoby and my chance of being on a Ginter card has stolen a lot of wind from my sails. Between that and Topps jacking the prices up on boxes to exploit Boy Wonder Strasburg, collecting has become a total grind. I'll be needing to make some decisions in the near future.

However, now is not the time to worry about that because we are knee deep in JD's World Cup contest, and we have cut the teams in half and it is knockout time! I have updated all of your scores in the sidebar...remember that every entry counts, so keep the faith, those of you with Cameroon, North Korea and Honduras!

But a little reward for those who made the round of 16. JD has granted you each an additional 3 entries for you hard efforts of keeping up with your squad. I have already made those adjustments to the sidebar. 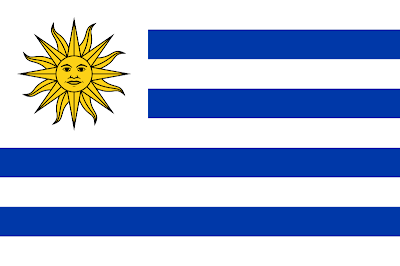 Uraguay! Beardy- 17 entries - Uraguay is one tough team. One of the high-flying South American clubs that is making an impact at the tourney. As I write this Uraguay holds a 1-0 edge on fast-running South Korea and continues to stretch the field and create scoring opportunities. Definitely a strong team to contend with.

South Korea! The Brooklyn Met - 15 entries. Currently on the wrong side of a 0-1 deficit to Uraguay, South Korea made the round of 16 with it's run-and-gun style of play. If they do find a way to advance, they are going to continue to try to run opponents into the ground. So far Uraguay is holding them at bay though.

United States of America! Erin - 15 entries - What a roller-coaster ride this team has been on. The US was moments away from going home early but a late goal saved their bacon. The team missed an agonizing amount of easy shots against Algeria. If the US can find a way to produce as many quality chances on goal against Ghana, they may continue on to the quarters, but the US defense has been suspect the entire cup, and nearly chunked up a high-goal early against Algeria that barely slammed off of the top bar.

Ghana! Orioles Magic - 12 entries - Ghana had my heart early in competition, but today I am all about USA. While a pretty decent squad defensively, Ghana has only scored two goals in the cup, one of them on a penalty kick in their first game. Germany was a tough contest, but Ghana could have made some hay against Australia. My prediction? PAIN.

Germany! BA Benny - 17 entries - The cylons of Germany cruised their way through the tourney with a slight bump against Serbia. The scoring has dropped off severely after the initial thrashing of the Soccerroos on opening week. While I don't think the Germany team is nearly as strong as year's past or the way they showed in week one, I, for one, breathed a sigh of relief when Germany won their group, thus steering clear of a meeting with USA in the round of 16. Let England deal with them. 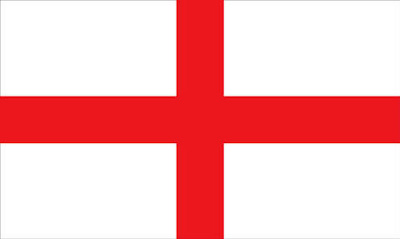 England! Cam - 13 entries - Speaking of England, this appears to be yet another English side that is underachieving at the cup. These are a talented bunch of players, yet they stumbled their way though qualifying and created some great opportunities for cameramen to catch images of disgruntled fans. England has the talent, but it will definitely have its hands full against the rockem-sockem-robots of Germany.

Argentina! DFWBuck2 - 22 entries - Ah, Argentina! This is without a doubt one of the more entertaining teams to watch thanks to Diego Maradona and his sideline antics. Nary a minute goes by where you don't see the flowing locks and grey suit of Maradona SOMEWHERE near the action. I swore I saw him in the stands selling a hot dog last match. The team is very strong and playing with massive confidence. What I initially thought was a weakness of relying on on star player (Messi) has turned into a solid team effort...in fact Messi has yet to score in the tournament. When you can play so well without your star punching one in, you are a strong team. Look out!

Mexico! Grand Cards - 13 entries - Oh, talking bout' Mexico! There is always a lot of hype about the Mexican squad because of the heavy Hispanic influence in the states. On paper, it appears that Mexico has a decent team, but when you consider that they played the host country (who has never been in a World Cup) and France, who came into the tourney with a lame-duck coach, controversy, and ultimately, a team uprising during the tournament, and their only true test in Uraguay (loss), then suddenly Mexico does not look so good. Argentina in the round of 16? Uh-oh. 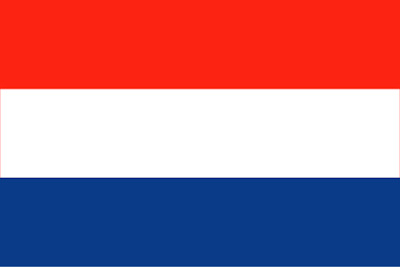 Netherlands! Madding - 20 entries - One of my true dark-horses of the round of 16, the orange crush of Netherlands has looked solid in every match, yet somehow seems to fly under the radar in hype. A win against Cameroon is pretty meh, but a win against Denmark and especially Japan show the moxy of this squad. I can see this team in the semis, or at least the quarters because of....

Slovakia! Play at the plate - 14 entries. This team is the most unlikely of all 16 finalists. Entering their final game in last place in the division, Slovakia found a way to shoot their way past a confusing Italy and take runner-up in the division. Call them a Cinderella of sorts, but the rest of their matches did little to make me believe that this run is legit. Gotta love the upset though!

Brazil! Alec - 18 entries - What more do you need to say about Brazil. Don't worry about the last match against Portugal...both teams clearly mailed it in, and that is the beauty of Brazil...they have about eight gears and they shift into another gear only when they truly need it. I still don't think you have seen the best of Brazil yet, which is scary since they have not lost yet, and have not shown their true dominance yet either. A clear favorite. 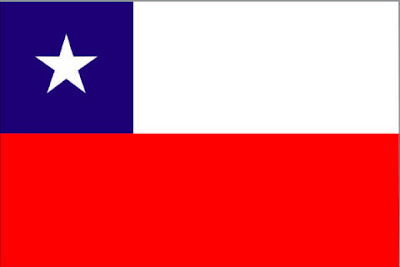 Chile! DayF - 15 entries - Another South American powerhouse, Chile backed their way into the runner-up position when Switzerland fell asleep at the wheel against lowly Honduras. Chile certainly does not score a lot of goals, nor dothey give up a ton either, but you gotta score to win, and I am betting Chile is a first round loss...of course against Brazil that is not much of a stretch :)

Paraguay! Alex - 14 entries - Paraguay looked dominant in their division and continues to make an impression heading into knockout. HOWEVER, a lethargic Italy helped solidify this as one of the weaker divisions in the tournament, so even though Paraguay has only conceded one goal thus far, it's hard to say how good this team really is.

Japan! Captain Canuck - 16 entries - Japan grabbed the runner-up in their challenging group. Japan is another fast Asian squad and will need to use their endless speed to run circles around Paraguay..

Spain! Casey - 16 entries - I heart Spain! I said it early on that Spain would defy the odds of advancing after losing their first match, and they have done just that, AND won the group as well. Everything is great about this team. I love their ball-handling skills. They can dribble into a pack of defenders and still find a way to maintain possession. They stretch the field, they shoot a lot, they score a lot, they have just the right mixture of hairstyles...this team is awesome and my second dark-horse to go deep into the tourney. Viva Espana!

Portugal! Mark UK - 18 entries - Portugal is a confusing bunch. They seem to have two gears, and that was apparent in their three matches. They had no reason NOT to mail it in last night, but seriously, why play into Brazil's hands? I say knock em off and serve notice going into the playoffs. Portugal tarred and feathered North Korea, but other than that have done very little to look like a serious contender.

Congrats to the qualifiers! You will continue to earn more entries as your team continues to advance, so keep on watchin!
Posted by JD's Daddy at 9:23 PM 1 comment: Links to this post